Hi all! Hopefully you were able to turn some fears into positive thoughts yesterday! It’s something I plan to work on daily.

Another thing I work on daily…eating a 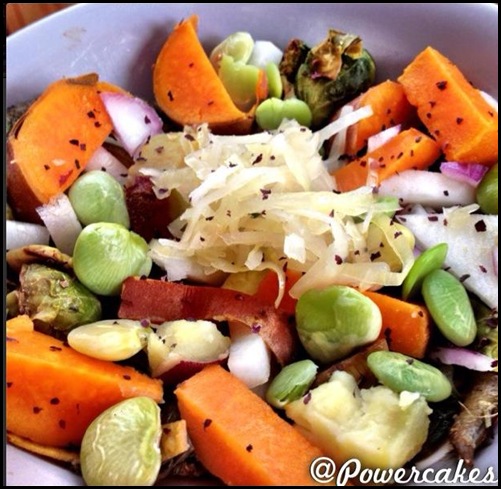 When I was little I used to hate Lime Beans, for no reason, but now I adore them!

If you missed any of my other Open WOD Recaps, check them out below!

Let’s go back to one week ago when The CrossFit Open WOD 13.3 was… 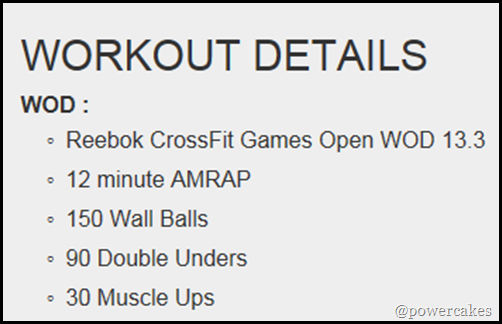 I’m going to start off by saying that this was far from a good workout of mine. Knowing that I have yet to ever attempt a muscle up, I knew that I most likely wouldn’t get that far. With each workout, I set a goal for myself & I try not to compare myself to the other 120,000 athletes that are all competing in the Open. For this workout, I told myself & my coach Lorne before starting, that my goal was to get through the 150 Wall Balls.

So let’s start by going over, What is a wall ball? 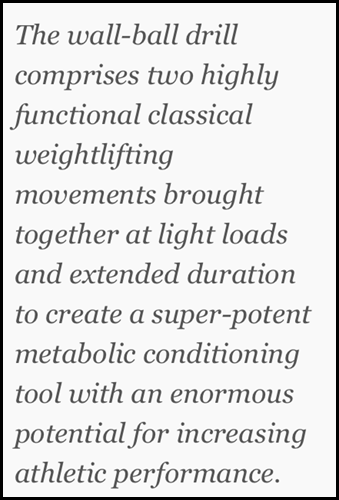 That would be the grammatically correct way to describe one. Basically a Wall Ball is using a large weighted ball. You have to squat down below parallel, extend up & throw the ball against the wall above the desired target. Here is what it should look like from CrossFit.Com… 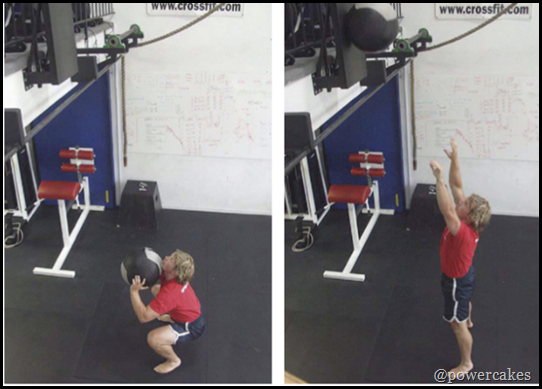 Anddddd Let’s just say that I let the Wall Ball’s get the best of me in this workout.

Here is what my form looked like once I got about 30 deep. Hence the deep. Wayy too deep. 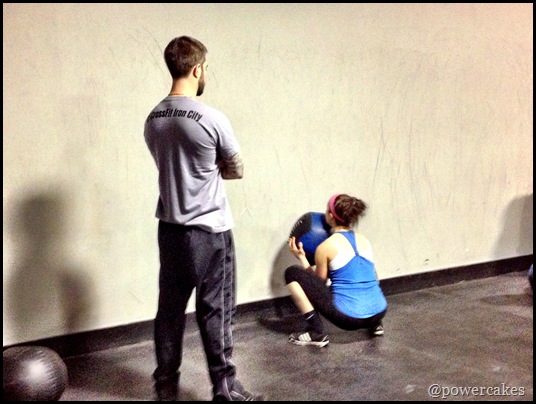 Shorty got low, real low. Which made it hard to get that ball high, real high.

I can’t help but want to put a bubble coming from my coaches brain & fill in the blank with what he was thinking.

So, let’s talk about what needed fixed…

To be honest, whenever I was doing the wall balls – I didn’t even realize how my form truly looked.

Not that my form was un-safe, I just wasn’t being efficient! Due to my low position, each throw needed added strength to get it from my point of take-off. 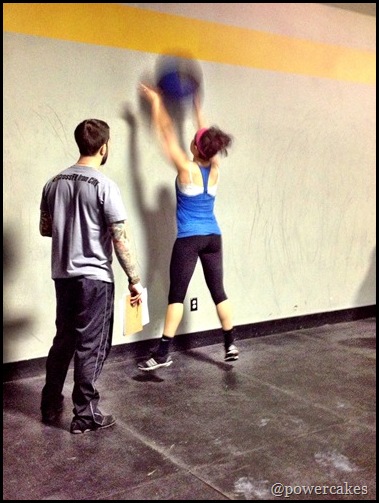 I am not going to lie, there were many points where I was getting super frustrated with myself because I was putting in the effort to throw the ball, but the ball wasn’t getting high enough. I had to keep stopping to take a deep breath & refocus my thoughts. It was tough, I’m not going to lie. I found myself letting that inner negative voice take over & be frustrated. I have to say that my coach did an amazing job of keeping me focused and calm. He also was giving me tips along the way to help adjust what I needed to fix.

When that 12 minute timer went off, I looked to my coach and he said, “Your total is 97 reps, but you probably did an extra 40 that didn’t count.”

At first I felt disappointed with my performance, but after taking some time to walk around & calm down- I realized that there is a reason as to why I didn’t perform like I could have.

I go back to my days in high school where I would get in the car with my dad after a soccer game and we’d recap what happened. I recall one game where I didn’t start and instead of my dad being angry about it, he would always say, “Why do you think coach didn’t start you today?” “What skills can you work on for the next game?” He was right…it’s not about negatively thinking why I didn’t achieve my goal, but what I can do to make that goal more attainable.

Once my friend Rachel showed me the pictures she was taking during the WOD, I saw how low I was catching the ball. I also saw how my elbows weren’t up – there was my answer!

Being the awesome coach that Lorne is, he took me over to the side & we went over wall ball drills. I practiced keeping my elbows up & catching the ball at a higher point. All of the sudden – they didn’t seem as bad as they just were about 10 minutes earlier!

Moral of the story… 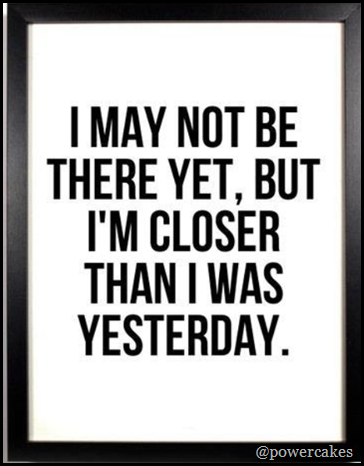 I may have not achieved that goal of 150 wall balls – BUT I did achieve my goal of working hard, not giving up, & not being defeated. I like to do things the right way and I know I was capable of doing it was better form. After taking time to calm down and going over what I needed to fix after the workout, I felt accomplished because I had learned something.

CrossFit is an amazing community of supportive people. During that whole workout everyone cheers each other on – no matter their athletic ability.

Having coaches that care about all of us is something that I am very thankful for. I was told by my soccer coach in high school that I was like a piece of clay and he couldn’t wait to help mold me into the player I was capable of being. You see, I came into high school soccer from just playing on club leagues that were more recreational ever since I was 8 years old. When 9th grade came around I going out for the Varsity team. I remember the first practice we had & how some of the girls skills were way ahead of where I was. BUT I was always willing to be coached and learn from what I was being told. Side note: I went on to be a Varsity starter all 4 years of high school. Was I the best player on the field? Nope! But, every single day I allowed myself to be a student & learn from my coach. This lead me to be one step closer to the best player I could be.

I left the box that day with a great sense of accomplishment because although my score wasn’t what I had hoped for, I was one step closer to accomplishing my next goal. 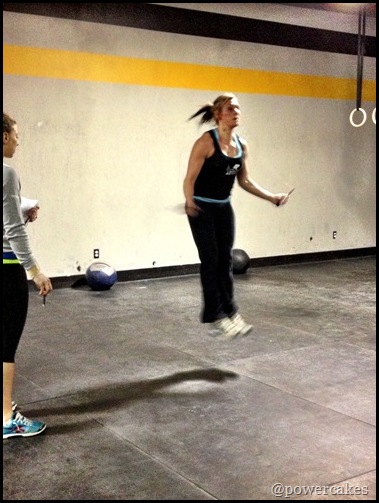 This is Neen, who I’ve talked about before, and she did an amazing job! She inspires me with every workout with her strength & hard work.

Tonight we will all take on the CrossFit Open WOD 13.4. 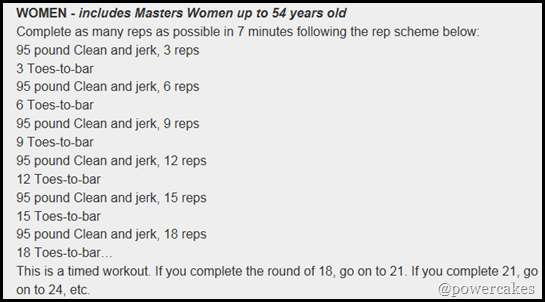 Regardless of if you are a CrossFit Athlete, a fitness instructor, a blogger, or fitness enthusiast, we ALL have the chance to be a student every single day & learn something new. Today let’s challenge ourselves to be one step closer to our goals than we were yesterday. 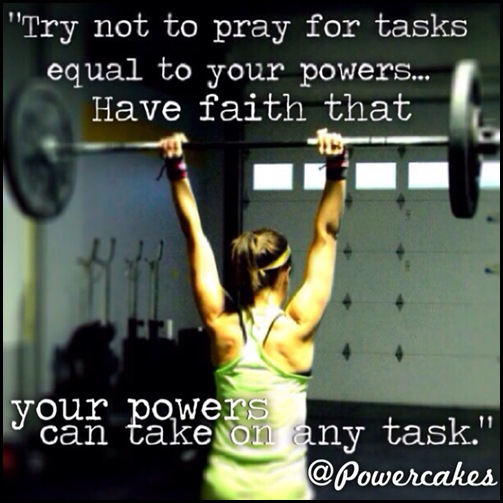 Don’t forget you have until Friday night at midnight to enter the VEGA BAR Giveaway! 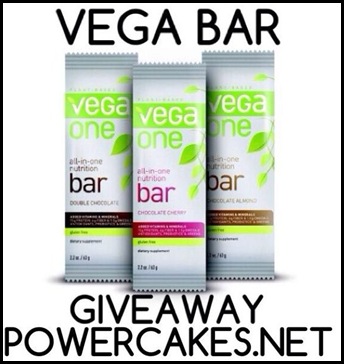 Have you been in a situation where you were the “student” and learned something new to perform a task better?

Have you tried a new food that you used to dislike as a kid? 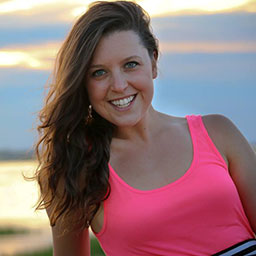