Good morning everyone! Hope you all had a great weekend!

Before we get into the core of this post; let’s start with some weekend EATS! 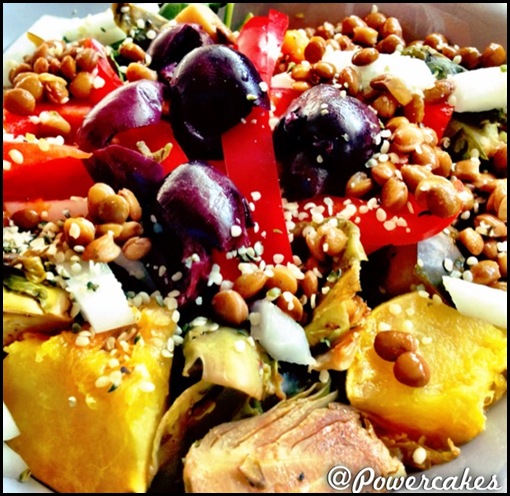 don’t forget to check out the Powerbowl A Day Challenge for some inspiration.

Later that day, I headed to spend time with the boy & we ordered-in! 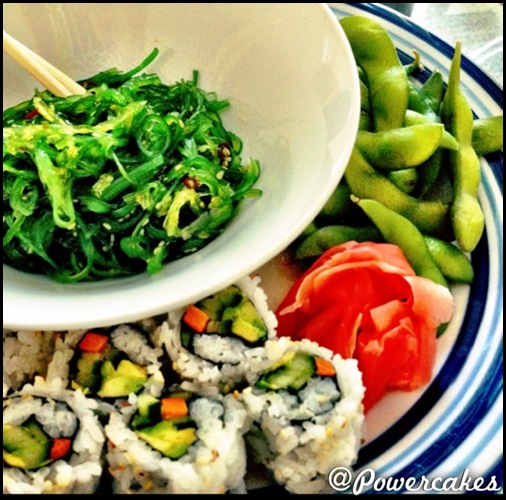 *Veggie avocado sushi rolls, sea weed salad, ginger, & edamame!
Side of coconut aminos for dipping – I LOVE this stuff.
It’s a bit sweeter than soy sauce & while I have nothing against soy sauce, I truly just enjoy coconut aminos more!

After we enjoyed this amazing dinner, my boyfriend’s parents came over to watch the NCAA Wrestling D1 Championships.

For those who don’t know, my boyfriend has been a wrestler most of his life & wrestling is a huge part of his family. 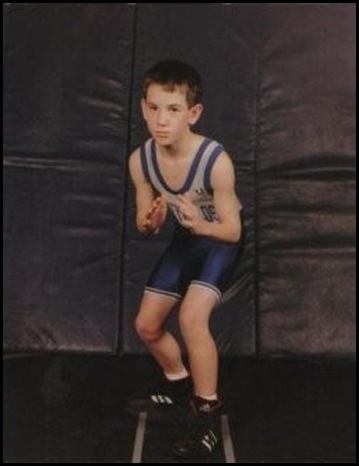 For the record, Corey doesn’t know I’m writing about this or posting this adorable picture

I’m not going to lie, before meeting Corey, I never really understood what truly went into the sport of wrestling.  but I couldn’t help but be moved by what I watched this weekend. While watching the finals on Saturday night, each Champion was interviewed right after they won their match. I always laugh because the reporter catches them when they can hardly breath, but, the message is still quite clear. Each athlete is so mature & poised with every answer they give. They always thank their coaches, family, and friends for all of their support throughout their journeys. Along with thanking their loved ones, each athlete states how much hard work it takes “behind the scenes” to get to the point they are at & how all of their hard work paid off. 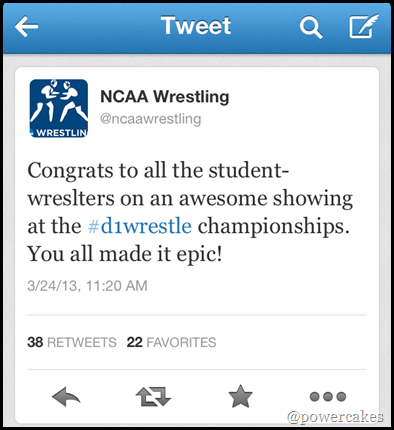 Now, before meeting Corey & being introduced to the wrestling world, I always had a perceived knowledge of what Wrestling was. In high school I thought that all wrestlers just starved themselves & then jump roped for hours on end in a sauna suit in the pool room (which was like a 90 degree room in our school). I also thought that if they weren’t competing in school, it was just a bunch of big men in spandex with alter-ego names in the WWE. Obviously I was just uneducated on the sport of wrestling.

I happen to sit next to a group of boys at lunch that were all wrestlers. Some days at lunch they would eat until they couldn’t move, while other days they would hardly eat iceberg lettuce or drink water. I couldn’t help but “judge” them & think – wow, why in the world would anyone want to be a wrestler if this is what they have to do? As much as most wrestlers will agree that this cutting weight part of the sport isn’t the healthiest, in the end they will mostly say that this sacrifice is well worth it to be able to wrestle at the weight where they can succeed. Since when both wrestlers weigh the same, they are on an equal playing field. 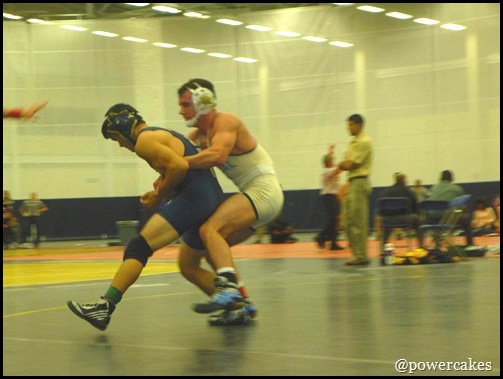 One night during the beginning of our relationship, Corey & I watched old tapes of his wrestling practices in college. He may not know this, but that night completely changed the way I viewed wrestling. We watched a 40 minute video of Corey when he was training for the D3 National Championship where he was on the road to becoming a 4-time All American Athlete (meaning that he would be top 8 in the Nation for 4 years in a row in college). 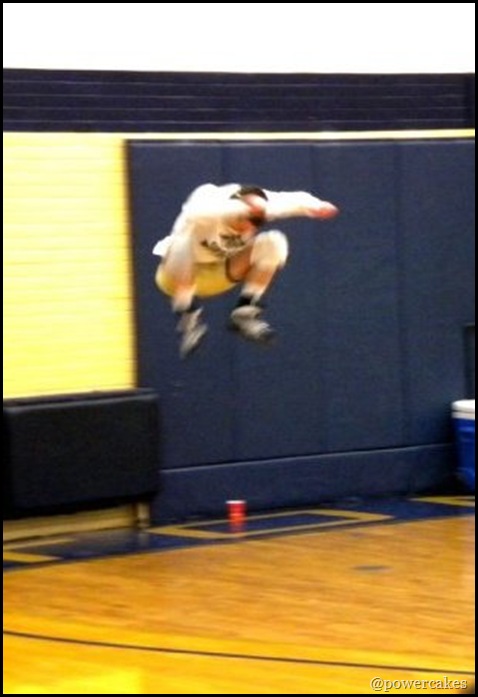 The video consisted of Corey wrestling, non-stop, for 40 minutes. Not only did he have to wrestle, but every few minutes a new fresh team member would step in to challenge Corey. Throughout this 40 minutes, he was pushed to the limits. Not only did he have to wrestle a rested teammate every few minutes, but he also would incorporate sprints throughout the workout & finished with pushing a plate across the floor, pull-ups til’ failure, push-ups til’ failure, & crunches til’ failure. 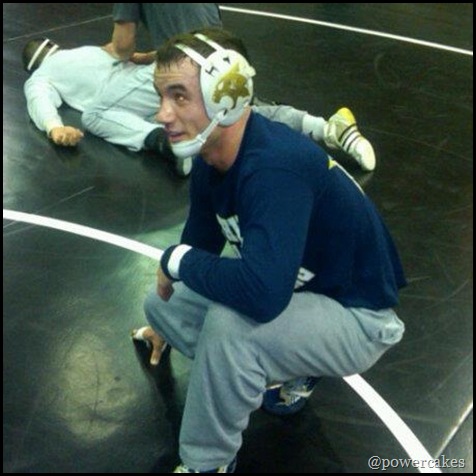 For those 40 minutes, my eyes did not leave the tiny screen we were watching this video on. I was amazed at the hard work I had just witnessed. I looked & Corey and literally was speechless. He said to me, “that wasn’t just one day of training, that was what every day leading up to National’s looked like.”

I couldn’t help but think how much these Wrestlers work hard to achieve their goal. The hours of practice, lifting, cardio, & watching what you eat while also being a student (he was an Academic All American as well), a son, a friend, & living the college life is something that most may not be able to juggle.

Corey went on to be a 4 time All American athlete at his University & will also be the first one to admit that he may not have been the best wrestler in the top 8, but he definitely worked hard to be in the best condition he could be in to outlast his opponents. 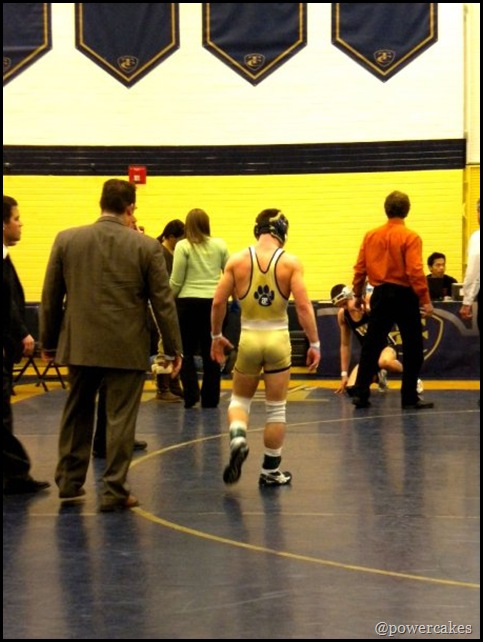 What lead me to write this post was the spark I felt this weekend while watching all of the time & effort these athletes have put into their sport truly pay off. Even though I wasn’t dating Corey when he was wrestling, I can tell what an impact this sport had on his life and how it lead him to where he is. He is in the middle of getting his Master’s and working in Residence Life & Student Affairs while being a part-time Coach at his University. I remember Corey saying to me that he wasn’t sure if he’d be able to transition over into Coaching when just under a year ago, he was wrestling his last match & becoming a 4 time All American. 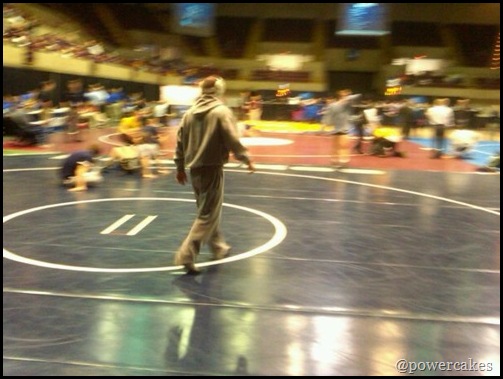 It’s safe to say that Coaching is second nature to him. He has found how to turn his passion for helping other student’s into a love of coaching.  He also gets to coach along side the two coaches that he worked with and looks up to all throughout his 4 years of college wrestling. 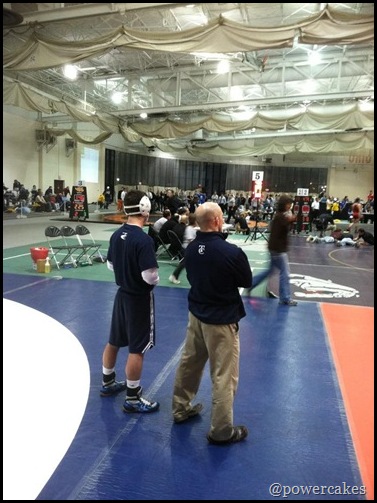 The work ethic from the years of disciplined wrestling has truly carried over into his future. He wants to work at a University & coach – which is something I completely support him 100% with because the passion of the sport will always be a part of his life. 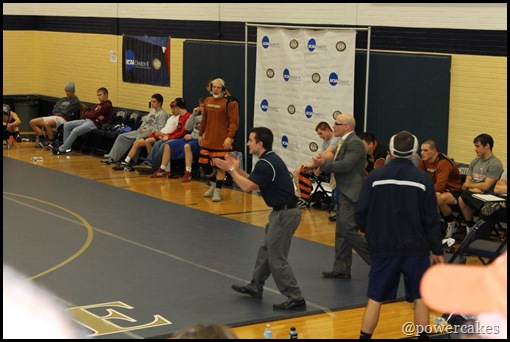 This was especially noticeable after watching the NCAA finals this weekend with him. One thing he said that really struck a cord with me was,  “The sport of wrestling is unlike any other. It’s two equally matched athletes who weigh the same coming together to use their strength to come out on top.” Once I truly thought about the sport, imagine having to move & manipulate another’s body that is as strong or maybe even stronger than you are. You literally have nothing but your own hands & strength to use be victorious. 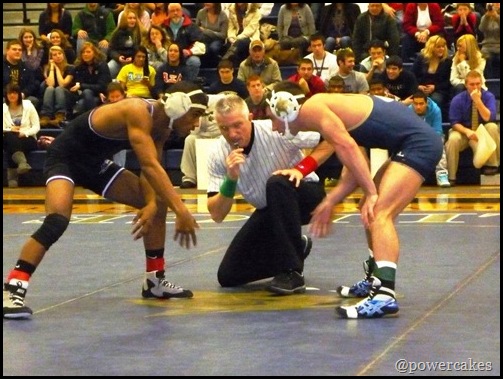 No wonder these athletes feel so accomplished after they win. The hours it takes to get to that point & the preparation is something that all comes down to a few minute match of straight up athlete on athlete with nothing in between them. After watching the matches, I couldn’t help but share my respect for these athletes on twitter. 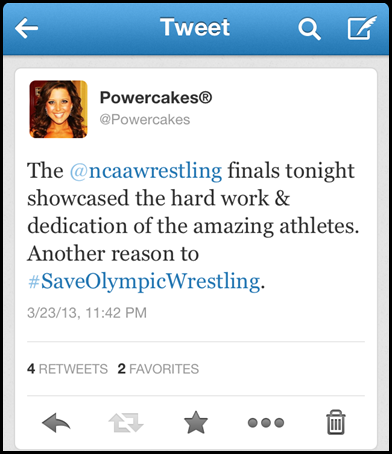 Another thing that moved me was the hash tag #SaveOlympicWrestling. Throughout the NCAA broadcast, there were constant commercials about how the Olympics is trying to cut wrestling, which would delete one of the oldest Olympic sports that premiered in the first modern Olympics in Athens in 1896. Here is a video I found that sums up what I saw this weekend…

It’s safe to say that I obviously got struck by the #SaveOlympicWrestling bug & am blessed to have the platform of my blog to share this movement. Being an athlete myself, I truly believe that no matter the sport, all athletes work very hard for their goals. Regardless if you are a pro athlete or just someone who goes to the gym every day – we all have goals & know what it’s like to work hard for what we want. If you just want to be stronger, faster, lose weight, get healthy, or become the next All American, we all share a common passion of hard work & dedication to achieve.

If you’re interested, you can check out the Save Olympic Wrestling article for more info.

I am not forcing you to take action, I am simply sharing my personal outlook on this movement!

I am constantly inspired by Corey’s hard work & dedication. Being able to see what these athletes go through first hand definitely inspired me to share this.

Corey’s story is just one example of the many athletes around the world and my point of writing this article was to highlight the hardwork and dedication that I’ve witnessed.

Have you ever stood up for a movement you believed in?

I’d love to hear about it!

Be True To You,