I’ve partnered up with Polar this month on behalf of FitFluential & they’ve asked that we share some real-life stories with you as a part of their new campaign called #DiscoverYourFirsts.

I’m super excited to partner up as I’ve been wanting to incorporate some heart rate stats into my training as I think it’s important to understand your body. Plus I always love learning more about fitness & training so I think tools like the Polar A360 can be great for optimal training. 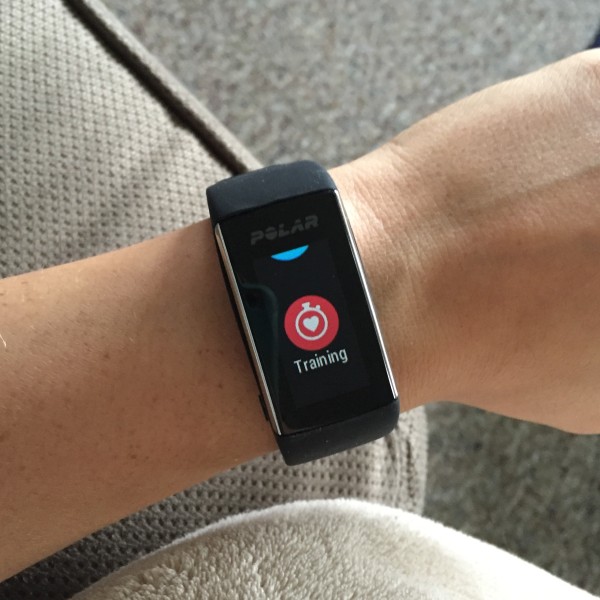 When I was asked to write about something memorable that was my “first” – the “first” thing that came to mind was how I became a Soccer Coach for the first time this year & how it was such a rewarding yet growing experience all at the same time. 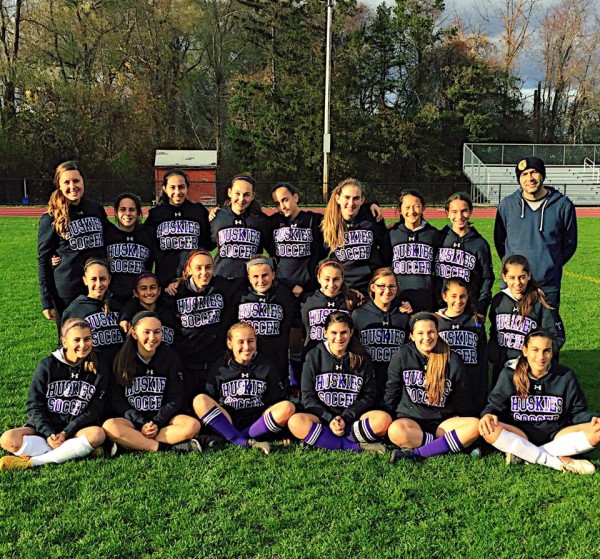 I’ve been an athlete on a sports team ever since I was 8 years old. I played for a town league soccer program all the way up until I tried out for the high school soccer team my freshman year. I remember going to the first summer practice the summer before my 9th grade year and being so anxious about practicing with “the big dogs” (aka, the older players).

The Coach was known for coaching high level athletes and here I was trying to blend right in.

I remember the Coach pulling me aside and taking the time to go over different foot work & skills that I had yet to master at that age. Those memories are something I will never forget.

That summer turned into 4 years of starting for the Varsity soccer team & putting my heart into every game as well as being surrounded by girls that I truly felt were my sisters.

I played forward and was more known for my speed than my footwork — but our team had played together for so long that we all knew each other’s strengths & how to utilize them on the field.

During those 4 years — I remember having (and still do have) so much respect for my Coach as I figured being a Coach wasn’t easy. I remember there were times whenever I’d get frustrated about a decision but then realized looking back that it was just out of my own selfishness and that his decisions were best for the team. He cared about us & did the best he could to have our team do better than it had ever done in years prior to our seasons of playing.

I always thought one day, maybe I’d become a Coach & get to teach on the soccer field.

That day came this summer whenever I was approached by one of my Rhode Island Mother’s asking if I’d be interested in applying for the Middle School Soccer Head Coach position. I didn’t even hesitate and made a phone call right away that I was interested.

This was my first of many first’s when it came to being a Coach.

I would say that I’ve been a “coach” in the fitness industry for sure but it is definitely a whole different ball game once you’re a coach of almost 30 soccer girls.

I had to make cuts as we had 50 girls try out for the team…and someone like myself (an emotional human being) had a super hard time even doing this process. As someone who has open arms for anyone looking to participate in fitness — having to narrow the team down was not an easy process for me. 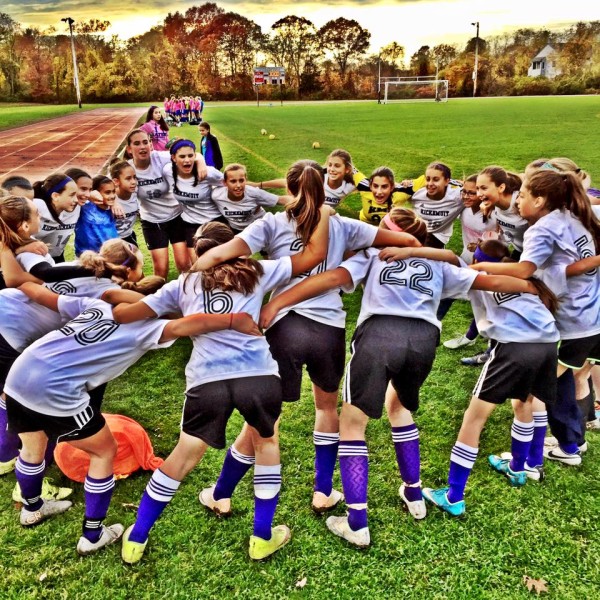 Once the team was picked — it was on to the season. These girls around here are SUPER talented in the sport of soccer & I was blown away with the talent at this age.

We finished the season undefeated and made it to the second round of playoffs losing in a hard 1-0 battle against another very talented team.

I didn’t realize going into my first time being a Coach how many lessons I would truly learn. Being a Coach at any level is not only demanding of your time, energy, & patience – but it is also one of the most rewarding experiences that I’ve ever been a part of.

I learned that middle school girl’s truly say some of the funniest things and have such personalities at this age as well as no filters.

I learned that it may take you at minimum 25 attempts to finally quiet down a group of 30 girls.

I learned that I think it is wayyyy harder to be on the sidelines of a game than it was to actually play in the game in the past. I swear my heart beat was insane during the whole 60 minutes just being so invested.

I learned that you may coach against one of your athlete’s that you personal train and as she goes sprinting by you want to yell “ahh slow down” but you’re so proud of her speed at the same time ;] 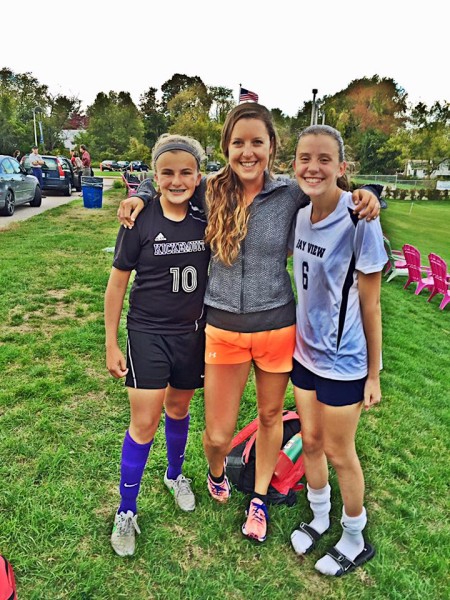 I learned that I truly have so much love for the sport of soccer & enjoyed seeing that in all of my girls.

I learned that you are not only a Coach, but you are also an ear to listen, a voice to teach, & a doctor on the sidelines with a med kit always in arms reach. 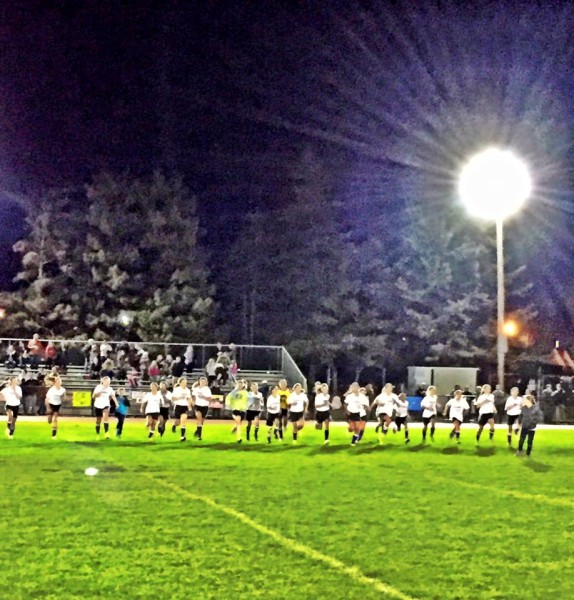 One of the biggest things I learned is that not everyone is going to agree with what you do as a Coach & not everyone is going to “like” you — and for me, this was one of the hardest things to accept as I do everything in life with my full heart — but in the end I told myself, if you are true to yourself & know you are coming from a place of good in this world, you’ve got to keep your head up.

I learned that I have so much room in my heart & each one of these girls has a special place in it. They are all great girls and I will miss them for sure. 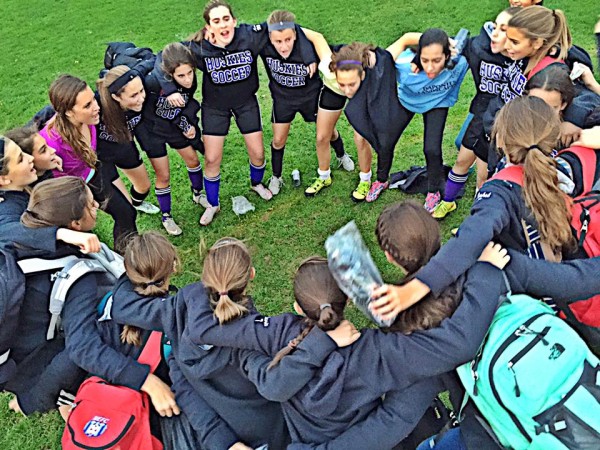 So to my team — thank you for accepting me into your lives as your Coach this season..it truly was a pleasure getting to know each & every one of you. You are all so talented and will go so far with your sport. I’ve truly enjoyed watching you all grow & succeed over this past season.

To my former coaches — I respected you then and I respect you even more now as I now have a first hand experience into what you do. Thank you for molding me into someone who had the confidence to step up into a brand new role.

To myself..I’m proud of you, Kasey. You stepped into something you’ve never done before & worked your hardest to make it an enjoyable year for your team.

Will I Coach again? Not sure, as I’ve got some exciting new plans coming up in the near future but I am definitely more prepared after having my first experience, that’s for sure.

My friends at Polar are offering a discount code “POLARFITBLOG” which provides 20% off of any Polar Heart Rate Monitor or activity tracker, [EXCEPT FOR THE POLAR A360].

Thank you Polar for inspiring me to share my first & others to do the same.

This post is sponsored by FitFluential on behalf of Polar.