Today for MirrorlessMonday I wanted to feature my boyfriend Corey,
who competed in his first All Natural Bodybuilding Show this weekend!

When he looked in the mirror before going on stage;
he saw all of his hard work & dedication come together
for a total package to present to the judges!

The weekend started off with prepping for the show.. 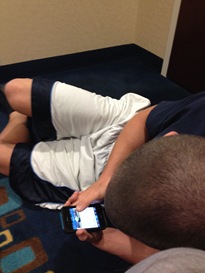 Then it was time for the tan!
Lots & lots of tan.
I now know what my bittie & future sister-in-law Angie
went through when they had to paint me for my shows!

I basically owe them a house & car. 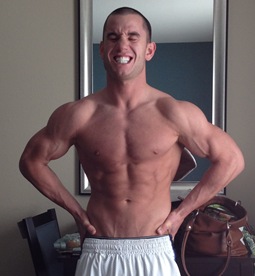 after 5 different coats- it was show time!

Check out the guy in the yellow trunks 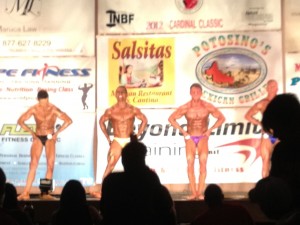 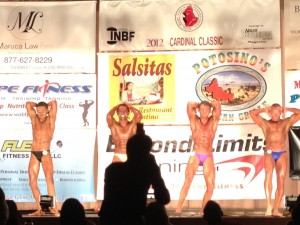 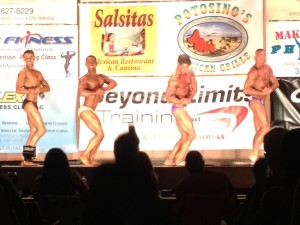 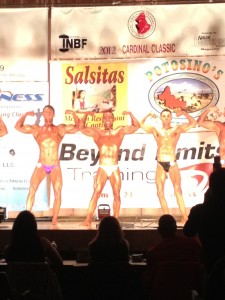 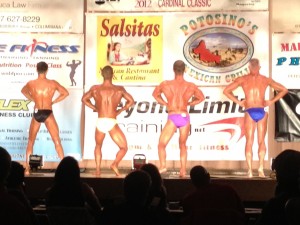 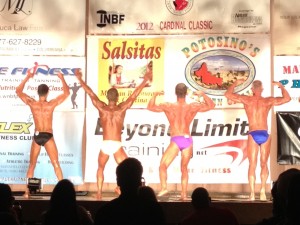 Corey takes 1st!
Routine to “Bad To The Bone”

There were also some amazing strong women that competed! 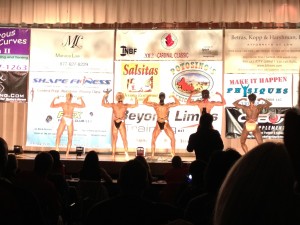 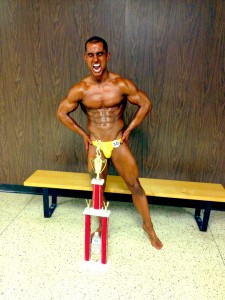 I felt too tall & too pale to be standing next to him …
so I sat for pictures!

Basically he was all teeth, muscles, & tan. 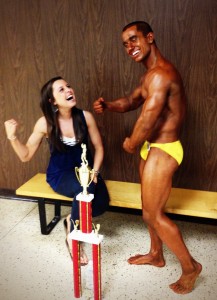 So proud of his hard work and dedication!!

A BIG shout out to his family
and my family for coming out to support him!

Also to his big brother Wilson,
He coached Corey via skype and over the phone for this process!
It was so awesome to see it all come together for them! 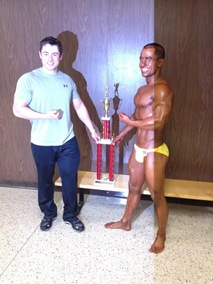 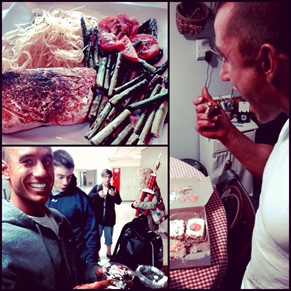 *Post Show; Corey wasn’t really craving anything but SWEETS!
So there was some cake involved before & after dinner.

We went to Ruby Tuesday’s which offers GREAT healthy options!
I got grilled salmon, asparagus, spaghetti squash, & tomatoes with balsamic!

The rest of the night we spent just relaxing- we were exhausted!

The next morning; I couldn’t wait to make him a
HUGE stack of well deserved POWERCAKES!

Oh also, woke up to flowers next to me with a cute little note!
#itsthelittlethings 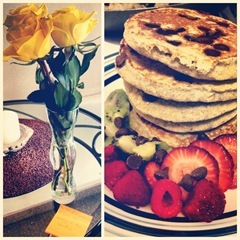 *I whipped up some banana toffee oatmeal & chocolate chip POWERCAKES
Honeslty, there is no “recipe” – I basically combined ingredients we had on hand!

Oats, banana, applesauce, chocolate chips, toffee flavored stevia, & eggs
(got off of www.iherb.com – coupon code XUG228 if you haven’t used it yet!)

with a lot of fruit on the side!

Cause if you saw here
he wasn’t really allowed much fruit towards the end of prep
because they wanted the sugar to really shock his system the day of the show
to get his veins pumpin for stage! 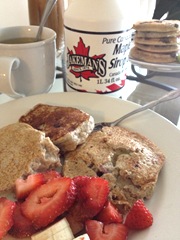 *I had some coconut flour POWERCAKES
with some fruit & 100% pure maple syrup!

Thanks to @PURECANADAMAPLE
I won a YEAR SUPPLY at FHBC12 !

After our awesome #powercakes #powermeal,
We headed out for some shopping!

My brother’s getting married in December
(it’ll be here before we know it!)
So, of course, we  had to get Corey a tie with accent colors to my bridesmaid dress!

Totally forgot to snap a pic; but it’s an awesome pink/plum/silver tie.
#swag

Afterwards; I introduced Corey to Starbuck’s Pumpkin Pie Latte!
There is something about the chilly weather that makes you crave warm drinks. 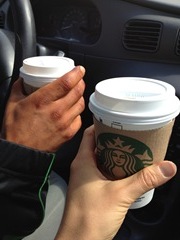 * I haven’t really been drinking coffee lately; but was in the mood
so I got a tall blonde roast – my favorite!

Pay no mind to the super orange hand on the left;
hands are the LAST place to lose the tan!.

So yes, he will look like an oompa loompa for at least a week.

Funny side note:
When I competed last spring, I had to teach that monday
because I was student teaching.

all of my Elementary student’s believed that I went to the beach over the weekend;
I told them the sun was real strong

Then we headed to Panera for lunch! 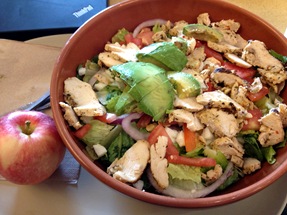 *I had an all natural roasted turkey breast salad with avocado
& a side apple! 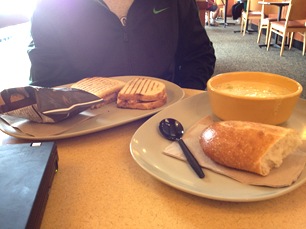 *Cor had bread, bread, & more bread.
with a side of broc/cheddar soup & I believe there is turkey,
bacon, & cheese on that Panini! 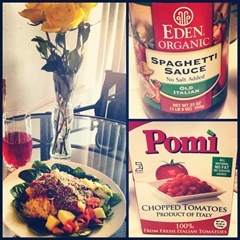 *Made an awesome #powermeal for dinner;
Roasted spaghetti squash
(cut in half; scoop out seeds; 375 degrees for 45 minutes;
let cool; scrape out insides with fork)
Topped with Eden Organic Salt Free Tomato Sauce
mixed with a BOX of Pomi chopped tomatoes (not in a can)
Served with some nutritional yeast & hemp hearts!

Awesome meatless meal with plant based proteins!
Which I was focusing on these types of meals all weekend
because my stomach had been totally off;
but that’s another post! 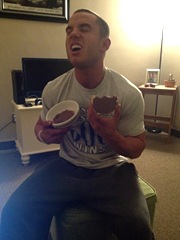 *Dessert for the boy was Rice Cakes topped with Nutella!
Can you tell he was SO excited?

It was a great weekend & I’m a very proud girlfriend!