Hey all! Hope you’re having a great start to your week. I am currently snowed in & my flight has been cancelled until Thursday morning due to this North East Blizzard that has hit. If you’re in line of this storm – I hope you’re staying safe! 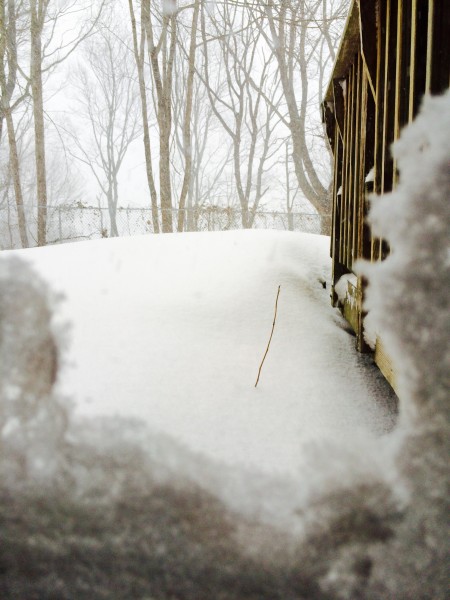 Our view next to the deck this morning. Definitely a few feet of snow fell over the night & I’m glad they postponed my flight til Thursday so that there would be a chance to clean up & make it safe for all travelers.

Being that we are in walking distance of the fitness center, going to the gym has been great & a nice break from being indoors. Other than that time away from our apartment, I am definitely enjoying the time spent being cozy, getting work done, & also having the time to create some more creative eats! 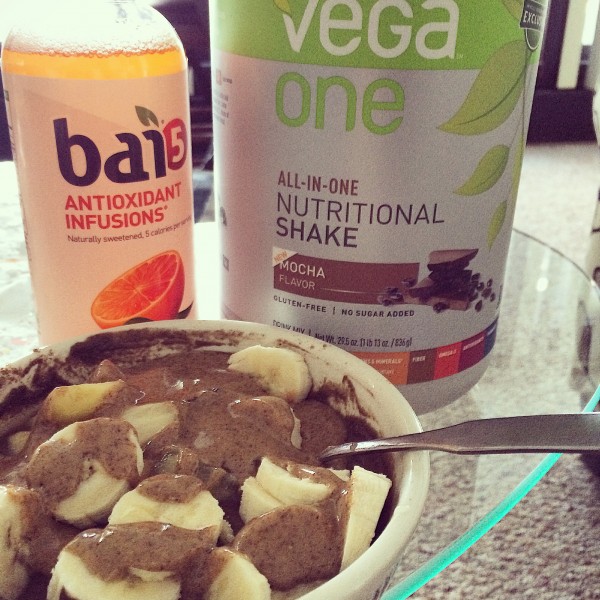 I did have some essentials on hand like the NEW Vega One flavor – MOCHA! I am loving it. In the US it can be found at Whole Foods as it is a Whole Foods Exclusive. I’ve been making it into a “pudding” by blending with some So Delicious Unsweet Vanilla coconut milk until a pudding consistency forms.

*It’s best to go with a small amount of water at a time until thick.

For a mid-afternoon/pre-workout snack the other day I made Mocha Pudding with bananas & almond butter on top. For a while I was dealing with some almond intolerance & now that it’s been about 1 & a half years of moderately introducing them back in, I’ve now been having almond butter most days and my skin hasn’t reacted badly! My hands used to get really dry (eczema) from over-doing almonds and now I’m able to moderately include them in my day without over-doing. It’s all about balance! My body loves variety. 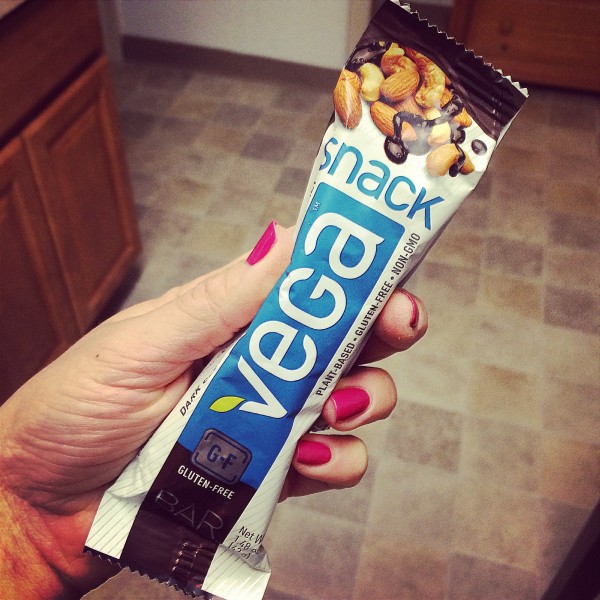 Speaking of variety, the next day I was lovin’ this Vega bar for a pre-workout snack. You can find them on iHerb.com already $4 off plus an extra $5 off if you use my first time code XUG228! 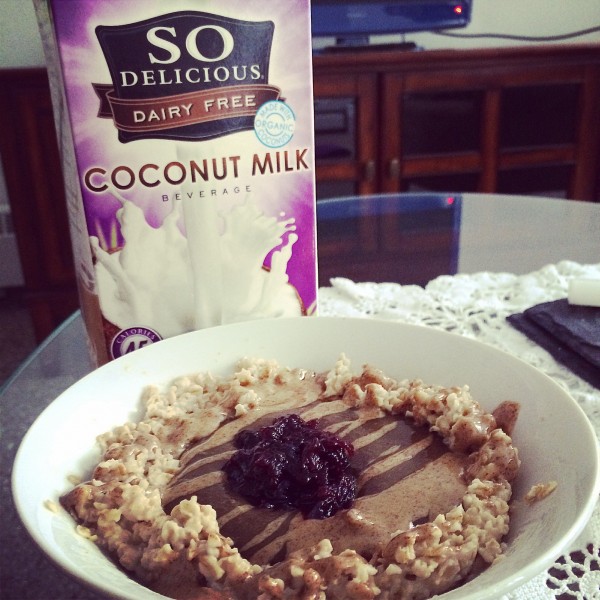 I cooked up my oats using So Delicious Unsweet Vanilla then topped with Mocha Pudding, almond butter, & organic berry jam.

The next day we had some apples on hand from the store so I cooked up some Caramelized Apples! to top my oats with. 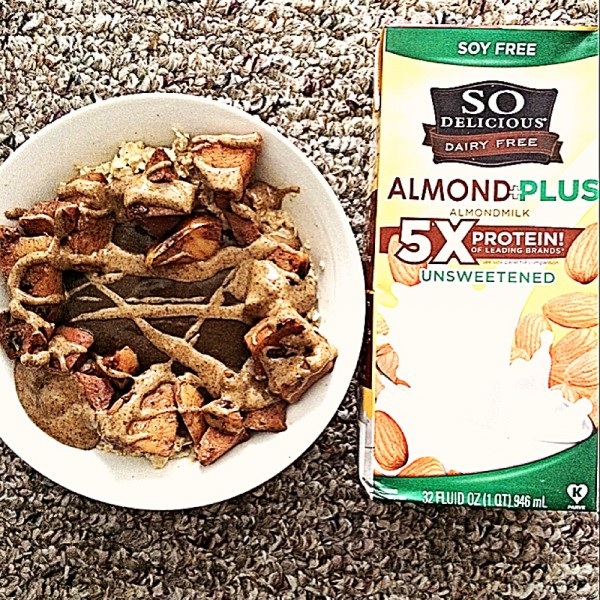 – 2 Packets Organic Stevia  (you can also find this on iherb.com coupon code XUG228)

1) Chop up your apples & add them to a medium-heat pan with some spray or oil of choice.

2) Sprinkle with cinnamon, salt, & stevia and stir until combined.

3) Let the apples & seasoning heat up for a few minutes until the cinnamon starts to stick to the pan.

4) Take your liquid of choice & “deglaze” the pan by splashing in the milk bit by bit and scraping the cinnamon off the bottom of the pan.

5) Cook the apple with the liquid until the liquid starts to get absorbed & thicken.

6) Once apples are cooked & sauce is thickened, remove from heat & enjoy!

If you try it out, let me know!

Have a great rest of your day & be true to you,